Traditional clothing in India is one of the most mysterious things that arouses every traveler's curiosity when it comes to India. They represent the people living in all parts of this country. Each costume with its own design and materials, creates a feature of the traditional culture of the Indians.

1. Dhoti - National dress of India for male and female but no less luxurious

India is the 7th largest country in the world by area, is one of the origins of human civilization with a diversity of religions and cultures. That is why the Indian national dress of India for male and female also shows some of the quintessence here.

Dhoti is the national dress of India. It is a rectangular piece of fabric, is around 4.5 metres which is approximately 15 ft long. Dhoti is made of cotton, wrapped around the waist, legs and knotted at the back.

Dhoti is worn mainly by men in the villages with another shirt. Indian women can also wear Dhoti but rarely. It has many different names such as: Chaadra, Dhotar, Veshti, etc. 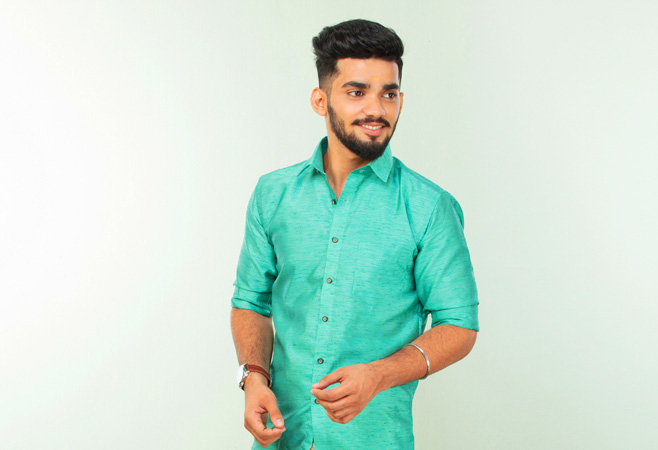 In addition to the national dress of India for male and female, there are also national clothes of India that give a very unique identity in India. These costumes will be worth trying on if you wish to have a better understanding of India's diverse culture.

Read more: How to apply for India visa for international travelers

2. The variety of traditional clothing in India is assembled from all states in India

Traditional dress of all states in India is variable depending on ethnicity, geography, climate as well as culture in each different region of India. 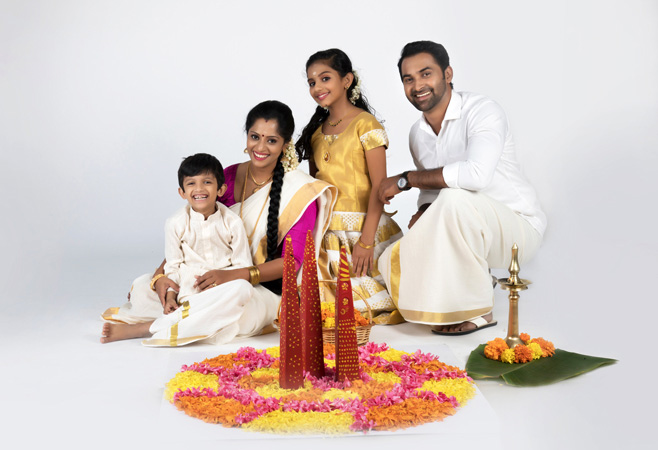 Among all the states of India, the North Eastern state of Assam boasts of a traditional attire that is uniquely beautiful. The traditional Assamese dress worn by women is Mekhela Sador. They take pride in this traditional dress that makes them look ethereally graceful. Mekhela Sador consists of 2 pieces of fabric draped all over the body: Mekhela and Sador. Made from eri and muga or lustrous silk variants paat, Mekhela Sador endows beautiful and attractive at first sight.

Salwar Kameez is a traditional dress for both women and men in the state of Punjab located in Northern India. Currently, this dress has gradually become one of the most popular costumes of Indian women. Salwar Kameez consists of 2 main parts: a pair of trousers (salwar) and a tunic (kameez). Women here often wear an extra scarf or dupatta to cover their head or chest.

Traditional women’s clothing in Odisha, sarees with a pretty border are known as Dhardia standards. Sambalpuri and Katak sarees are primarily worn by ladies. These sarees are thought to have appeared since the 12th century in Odisha and they are still popular today. The sarees are designed to wear with the pallu covering the chest and then the free end going over the other shoulder. 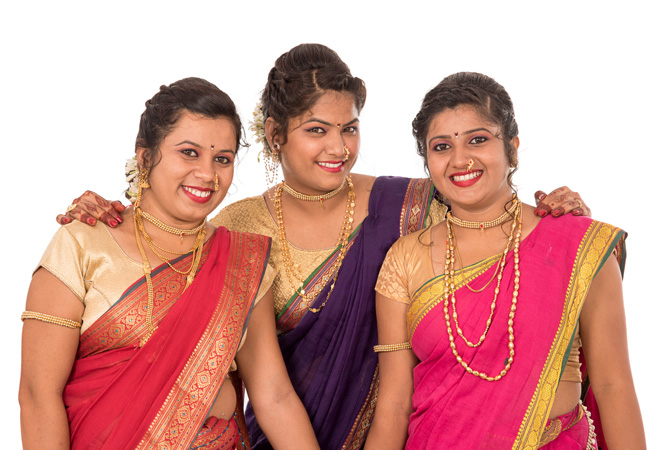 Like the traditional dresses of the other North Eastern states of India, Mizoram’s traditional dresses are gorgeous but distinct in their design and pattern. Mizo men wear a white colored coat that is paired with a 7 feet by 5 feet cloth over their body. When it gets cold, Mizo men often put on some additional cloth, a white coat along with one on top of the other, coming down from the throat enveloping the thighs. The traditional dress of the Mizo women is designed with two main colors, white and black known as the “Puan”. The variety of colors and eye-catching accessories made for a great outfit. Depending on the culture of the tribes, there are more than 30 varieties of Puan that exist today.

Tripura’s traditional dress comes in three parts, the Rikutu and Risa for the upper half, and for the lower half of the body is called Rigwnai. Risa covers the chest part and Rikutu covers the rest of the upper body. Despite the cultural intertwining nowadays, there are different Rigwnai patterns depending on Tripuri clans. This costume is said to be the forerunner of the modern Indian saree and have appeared 4000 years ago. It is still worn at traditional festivals to this day in Tripura.

West Bengal in India is well-known for its diverse culture and bustling life. Saree, the traditional dress for women here, is ubiquitous in daily life in Bengal. Sarees here are gray or white with prominent crimson rims and are mainly in Sanatpuri style. Bengali guys traditionally dress in Punjabi and kurta or Dhoti.

The ‘Kerala Saree’ or the Mundum Neriyathum is the traditional clothing of women in Kerala. It is designed in traditional creamish or white color and has a golden border, which imparts a very elegant and polite look. Kerala Saree consists of two pieces, one is draped on the lower part of the body, which is called the mundu. The neriyathu is the upper garment, which is worn over a blouse. Kerala men wear Mundu on their lower body, which is their ankle length clothing. Some people like to wear it on a belt or drape a cloth over the shoulder.

Useful information for a wonderful trip to India

Don’t forget to carefully read these instructions before booking flights or tour packages to India:

Let us accompany you on your trip to India.